Fans of Streetfighter Alpha if there are any out there, what are your favorite aspects of the game? During the mid-90s this series was like a change from the traditional streetfighter game giving it a new modern edge at the time (pre-cursor to the streetfighter 3 trilogy). One of the things I love is the soundtrack from the original alpha to alpha 2. The 3rd one had a sound of its own while the other 2 sounded very capcom-ish which I love. Charlie nash's ost from the original alpha sounds alot better than his second. One of the things I also like from the series is the backgrounds they chose to have in the game like for example, "a grocery store in japan" and "the jazz crowd on bourbon street" just throwing coins and bills whenever the winner wins the round.

Time is like a River. You cannot touch the same water twice because the flow that has panned will never pass again. 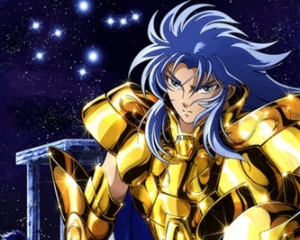 The Alpha/Zero series is my favourite series of the entire SF collection... The sound and graphics in these ones are some of the best Capcom produced... I also like the power bar mechanics as well... Although the SF3 series was pretty good too, nothing has topped these IMO... As for SF4 and 5, why on earth did they give everyone, including the female fighters, bodies that look like The Incredible Hulk... Awful...
Ooer... No pictures...
Top

My favourite part of the SF Alpha series is the Dramatic Battle Mode. The first time I witnessed it at the arcade it felt like I might be dreaming. It's the most hilariously enjoyable extra mode ever in a fighting game!

Does anyone think that ken master’s theme in this series sound like a game show?
Time is like a River. You cannot touch the same water twice because the flow that has panned will never pass again.

Return to “Just for Fun”